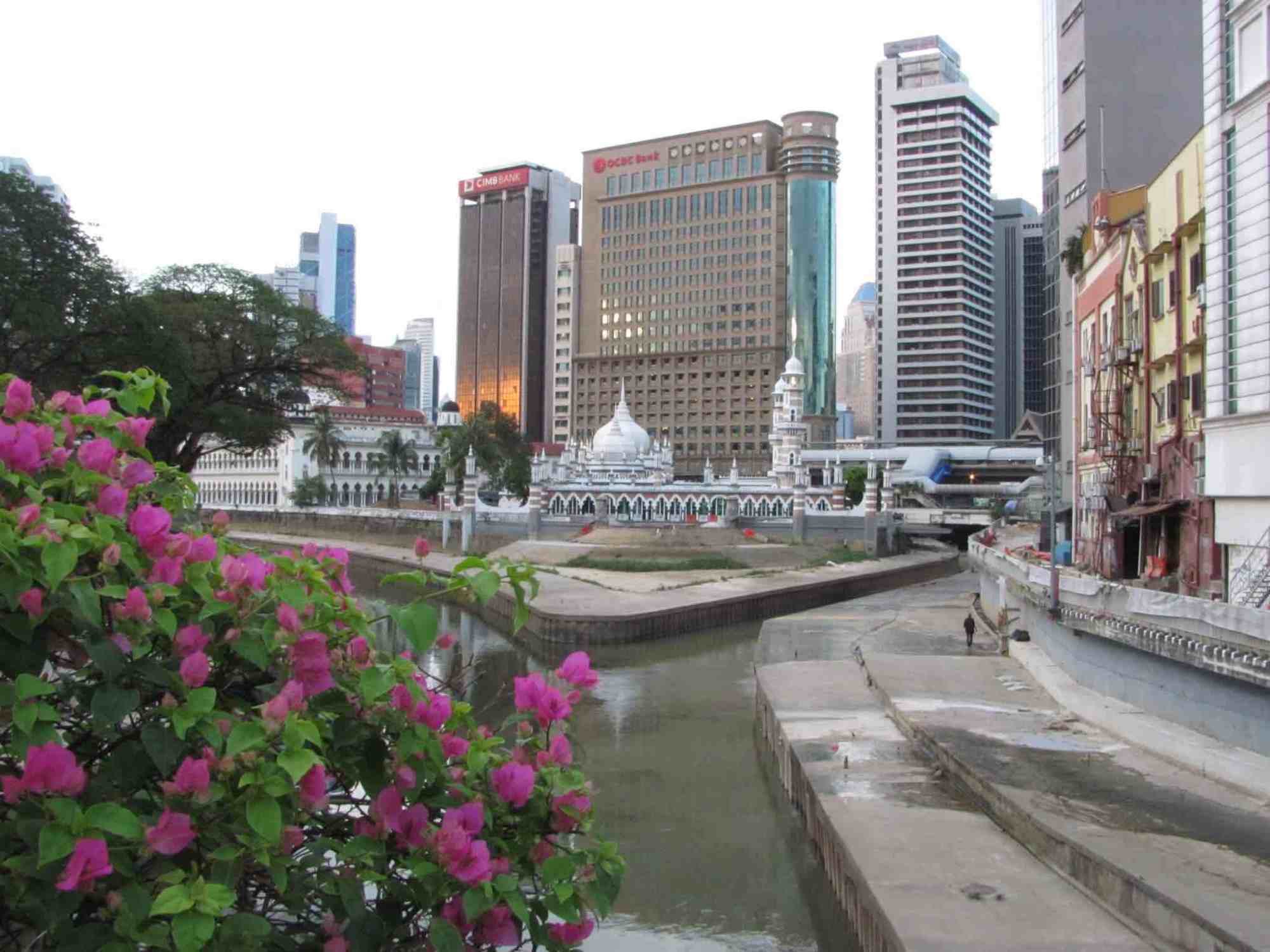 Our Kuala Lumpur hostel was in city centre, so we had the chance to explore the area on foot. “Kuala Lumpur” refers to its position at the confluence of two rivers: the Klang and Gombak, important trading arteries throughout Malaysia. But KL is a confluence of cultures as well. The city is comprised of Malay, Indian and Chinese peoples, among others. The influence of Islam is obvious is much of the architecture and art, but there are large Buddhist and Hindu populations here as well. It was colonised by the British, and its independence was recognised in 1957.

We took a walk to Merdeka Square, literally “Independence” Square in Malay. This former cricket pitch  is where the Malayan flag was raised for the first time in 1957. It’s surrounded by beautiful buildings, one of which is the Sultan Abdul Samad Building. This elaborate colonial building built by A.C. Norman in the late 19th century currently houses the Ministry of Information, Communications and Culture.

In keeping with the “melting pot” aspect of KL, tune in tomorrow to read about our trip to a Hindu temple near Chinatown, the oldest such temple in Malaysia.