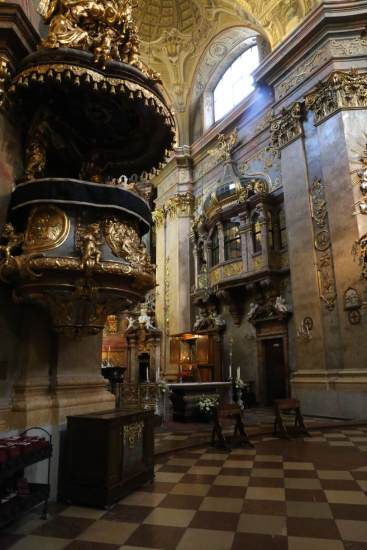 View at the front of the church

Detail of one of the small altars 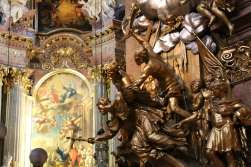 Sculpture near the High Altar

The Organ at Peterskirche 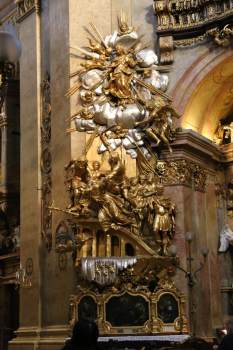 Detail of one of the small chapels

Detail above the door in the rear of the church

Dome and the organ 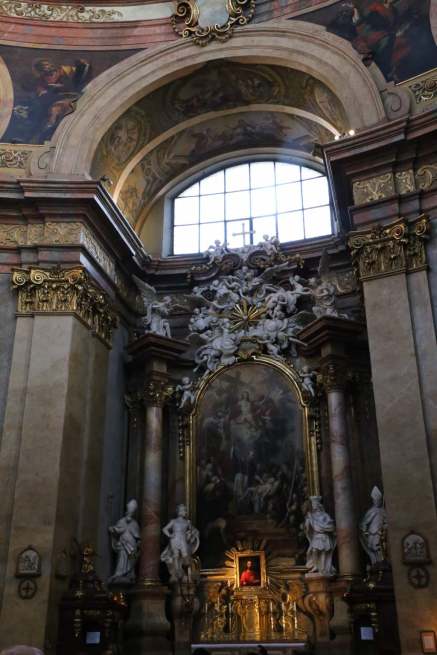 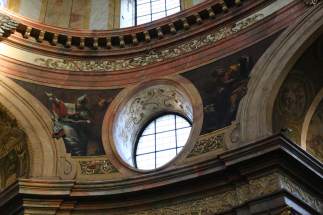 Detail of one of the smaller windows 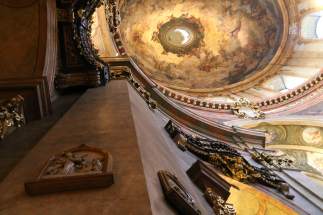 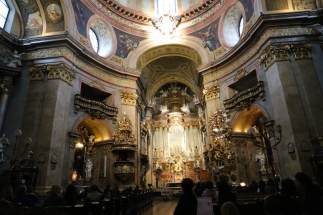 Organ and rear of the church 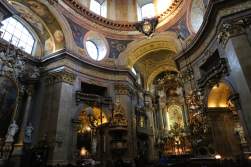 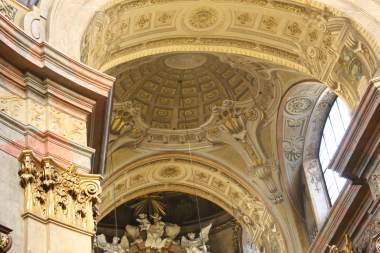 Ceiling above the High Altar

KW and I enjoyed an organ concert in the Peterskirche or St. Peter’s Church in Vienna one afternoon. The interior of the Baroque church is distractingly beautiful with its colored marble and paintings. Listening to the sound of the organ reverberating through the excellent acoustics of the church was a transporting experience.

Rumor has it that the original church on this site was the oldest church in Vienna, founded by Roman Christians on the site of a Roman encampment. Another rumor holds that the second church on the site was consecrated by Charlemagne in 800. There isn’t much evidence to support either rumor. What we do know is that the current Baroque church was consecrated in 1733 and was the first domed structure in Vienna. The design is based on St. Peter’s Basilica in the Vatican, though Peterskirche is much more compact. It’s surrounded by other buildings in the Graben, the pedestrian shopping area, so it’s really only possible to see the whole church façade when you’re standing right in front of the entrance. But compact or not, seeing the interior of the church is worth the trip.