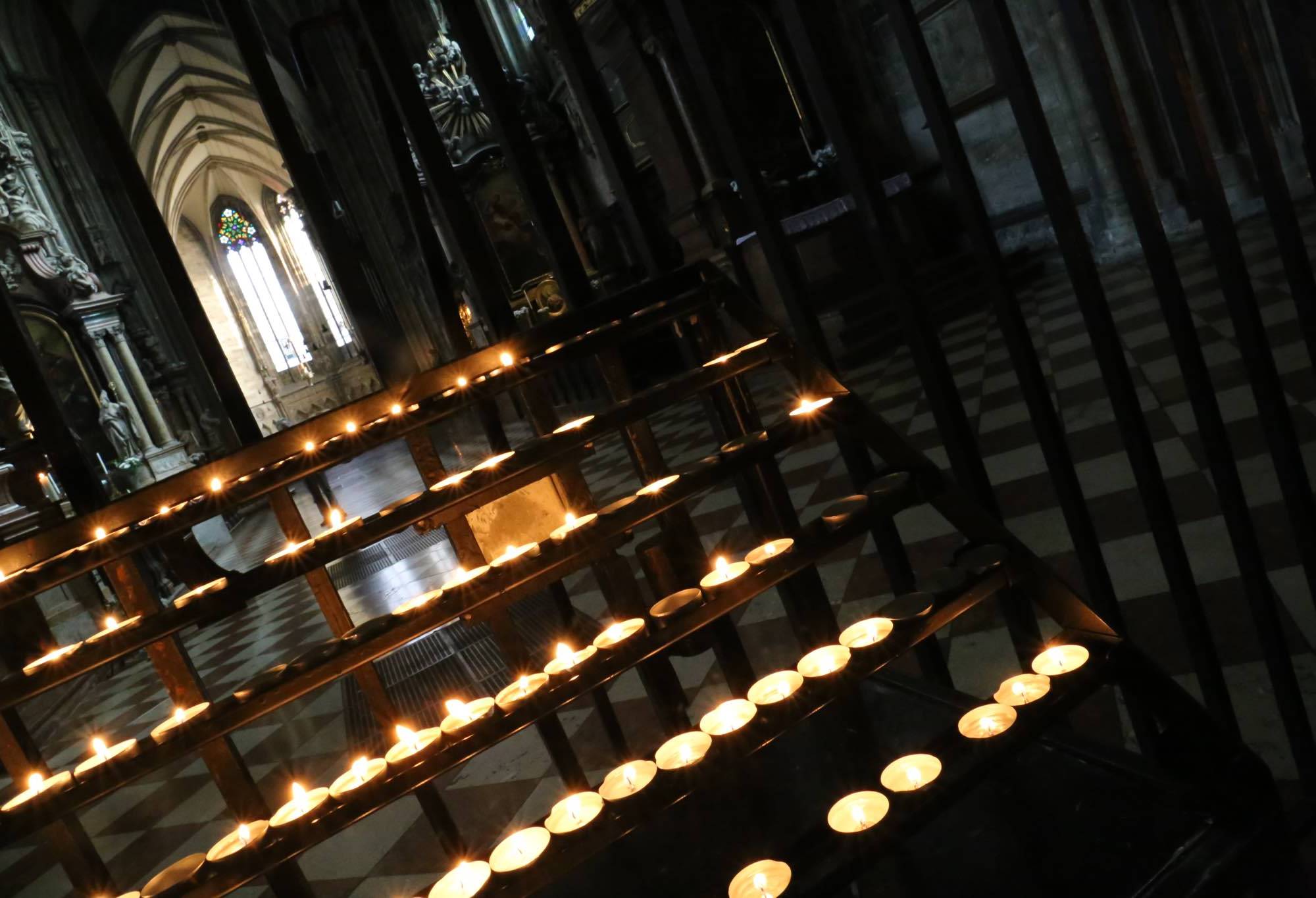 The Stephansdom, or St. Stephen’s Cathedral, is the centerpiece of Vienna – you can see her spires from all over the city. The Romanesque and Gothic cathedral was built during the 14-16th centuries on grounds that were consecrated in the 12th century on the site of a Roman cemetery. Funerals for both Mozart and Vivaldi were held at Stephansdom.

The exterior of the church is white, but pollution has darkened some parts of the cathedral. Restoration efforts have been slowly restoring the cathedral to its original glory, some of the more delicate restoration work being completed with lasers. Lasers!

The cathedral includes a crypt built under the church. You can take guided tours of the crypt but no pictures. The crypts include burial spaces for the Vienna archbishops, a mass grave for medieval plague victims, and the urns that hold the internal organs and viscera of 72 Habsburgs.

You read that correctly: the Habsburgs had some unique burial practices. When they died, the organs were removed and sent to Stephansdom. The bodies were sent to the Imperial Crypt at the Capuchin Church, and their hearts were sent to yet a third church in Vienna. I’m not sure if this practice was out of some sense of fairness: making sure the key churches in town each got a piece or some kind of Egyptian throwback. Tune in tomorrow for more info about the Imperial Crypt at the Capuchin Church.

One thought on ““Inside the cathedral is a Gothic forest dappled in violet twilight and vast with quiet.””