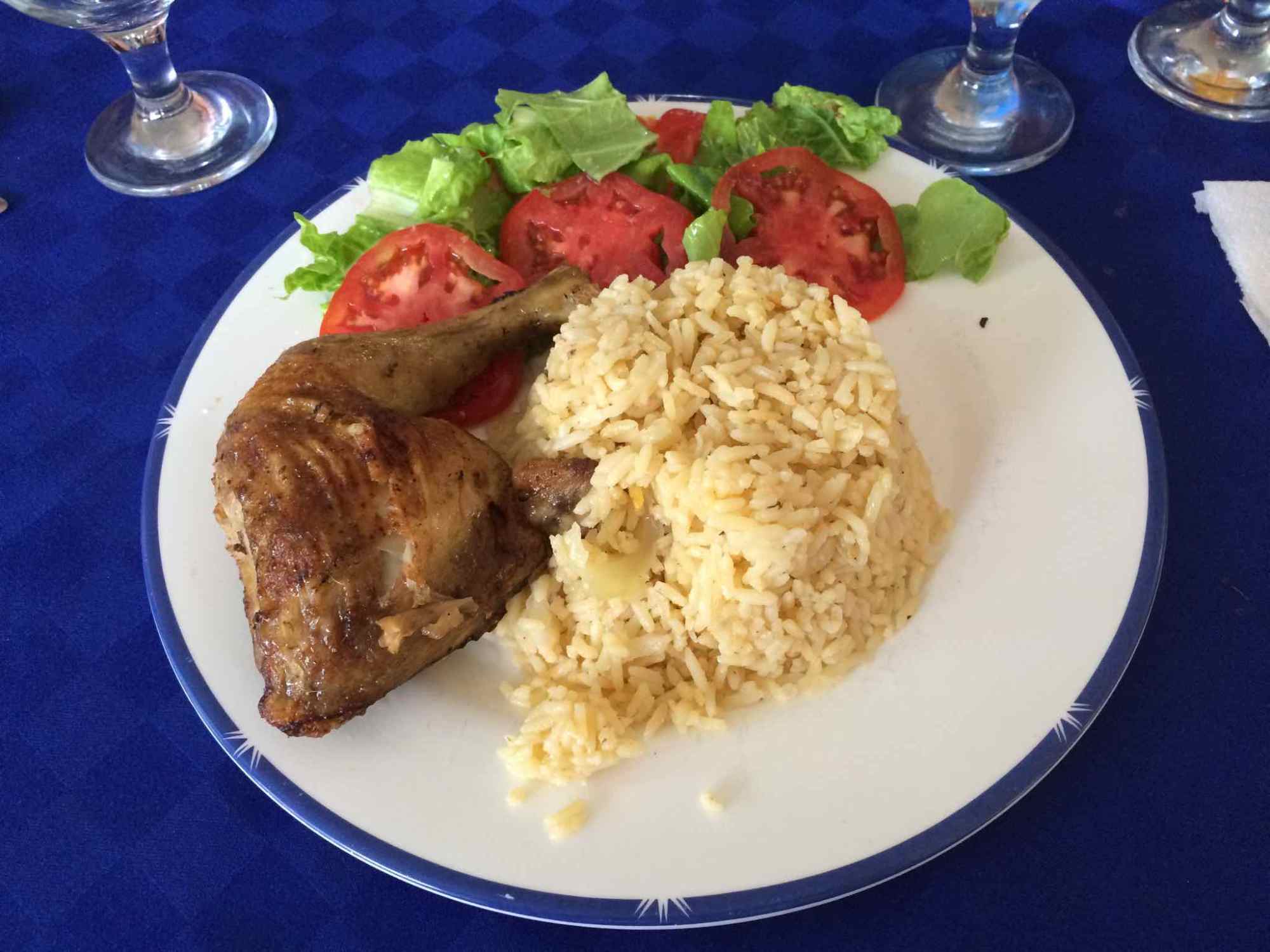 Food in Cuba is different than Cuban food in the US. Rice and beans are ubiquitous; chicken and plantains are also plentiful. Everything else is guesswork. Between the socialist system of state ownership and the embargo, there are a lot of shortages. For example, we went to one of our regular spots for breakfast one Saturday (while the Zika guys did their thing at our house). Instead of telling us the specials, the server listed what they didn’t have. By the time he was done, they had eggs and black coffee.

Bottled water, soda, rum (Havana Club) and the two types of beer (Cristal & Bucanero) are all state-produced. The bottled water even cheekily proclaims itself #1 in Cuba right on the bottle. That’s what happens when the government owns the means of production. Socialism, man. The only non-Cuban branded products we encountered with any regularity were Coca-cola from Mexico and Pringles, though both were expensive.

There are two types of restaurant in Cuba: state-run and privately owned paladars. The paladars were sometimes in restaurant-like buildings and sometimes in what seemed like someone’s garage or front porch. Quality varied as well, though usually unrelated to the location. On the whole though, paladars were better than state-run places. Service at all restaurants is not the solicitous approach US restaurants take – you will often wait a long time for your meal. Also expect to be charged for take-away containers if they have them at all. Patience is key. But expect the server to pour exactly one third of whatever beverage you order into a glass with the other hand behind his or her back. Happened. Every. Single. Time. My favorite restaurant was an Iranian place called Topoly around the corner from our house – tasty kebab and live music.

The best meals we had were at our casa. The ladies in the house knew how to best source the available groceries and were excellent cooks. The food was simple but always delicious and a good value at CUC$6 for dinner and CUC$4 for breakfast, though we did eventually find some Cuban places where you could get a whole plate of food for MN$35 or about CUC$1.35. Keeping in mind most Cubans live on $20/month, places that catered to Cubans primarily were much cheaper.

Fresh, non-starchy veggies besides cabbage, carrots and tomatoes were often hard to come by, and we got used to the simple salads made with these ingredients. Yucca stands in for potatoes often, though potatoes were also sometimes available. Fruit juices like papaya, guava, and pineapple were pretty common. Flan is everywhere. One time MD tried to order a coffee, which the restaurant did not have. The server unhelpfully suggested she have flan instead.

We did find a couple of bakeries in our neighborhood, and the empanadas and cookies provided a nice on-the-go option, especially for class days.

One experience we were all eager to try was the ice cream at Coppelia. The ice cream parlour in Vedado is so popular with locals that they will literally line up around the block for hours to get the ice cream. Typically tourists get shifted over to the non-local line to pay with CUC, but if you hold out you can try the ice cream salad, which is what the locals get. When MD and I noticed one day there was no line at Coppelia, we thought we’d finally hit upon our chance. We wandered into one of several ice cream parlours and were disconcerted to find not only no lines but also unclear expectations about what to do next. Everyone else seemed to just sit down, so that’s what we did. Eventually someone brought us two ice cream salads, unordered. It turns out we had gone to Coppelia on the worst flavour day – tiramisu day. No wonder there was no line.

I’m a pretty low-maintenance eater as a rule – I can be happy eating the same thing without much complaint for a long time. So the shortages were surprising to me but survivable. I also reminded myself often that I was only there for 8 weeks and had financial resources to try restaurants while this is reality for Cubans every day. But I did find the situation more shocking than I expected, even after the research I did before arriving.

One thought on ““We light the oven so that everyone may bake bread in it.””