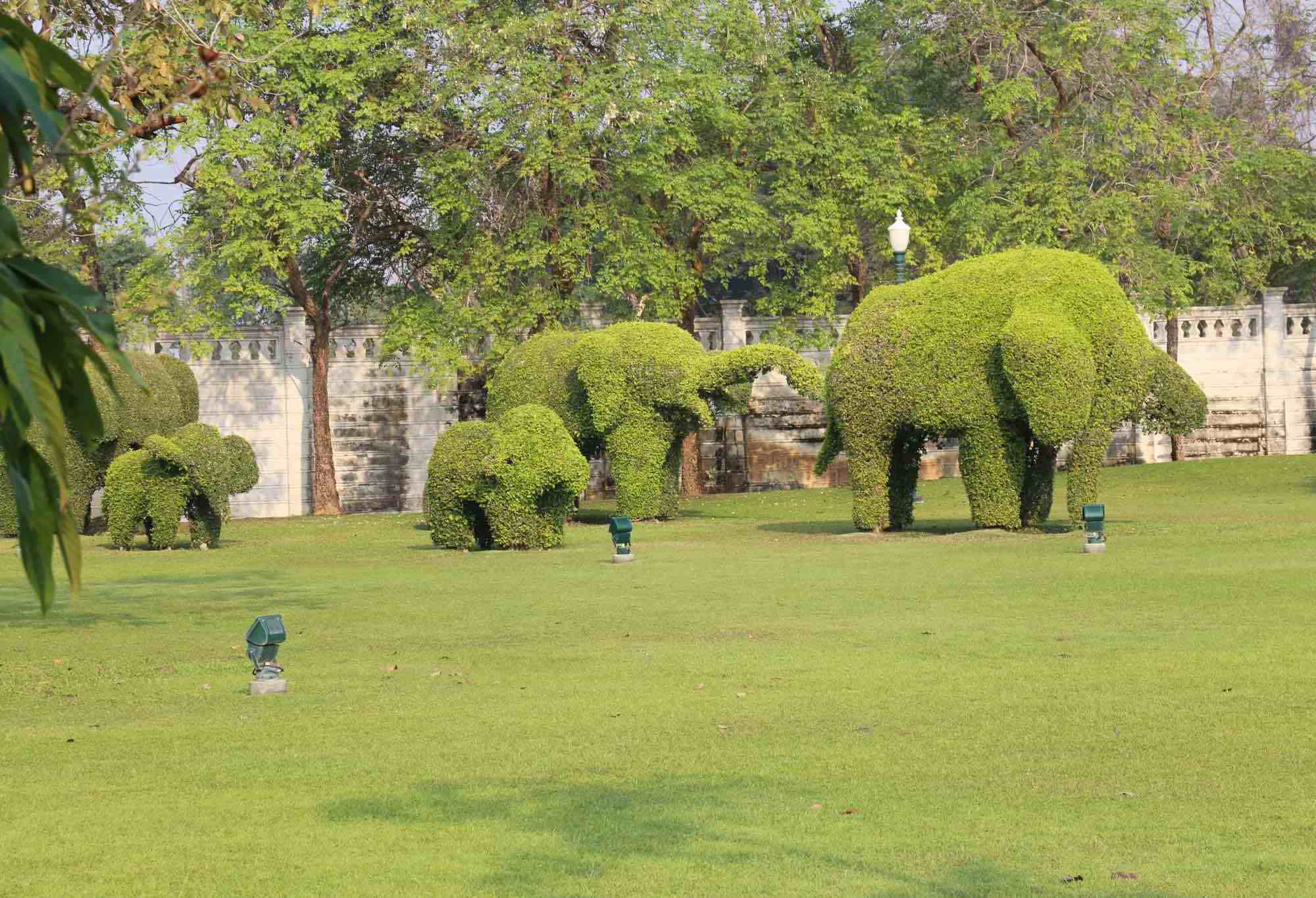 The Thai royal family owns the Summer Palace, so each of the buildings in the complex have a tie to one member of the family or another. They use it primarily for ceremonial purposes today, but in every element of the place, you can see their influence.

The Chakri Dynasty, the current ruling family, has been in power since Rama I established the dynasty in 1782. Most Westerners know the Chakri Dynasty through King Mongkut of Anna and the King fame. The plays and movies of this name or its many variations are based on the accounts of Anna Leonowens’ time at his court from 1862-1867. This is unfortunate since her accounts may not be entirely accurate. She is known to have embellished or outright lied about various aspects of her own life, so I take her version of things with a grain of salt. At the very least, her descriptions of Mongkut himself are not nuanced enough for this complicated man. For example, before ascending to the throne, Mongkut spent 27 years as a Buddhist monk.

There is a long-standing legend that Mongkut offered President Lincoln elephants to help fight the Confederacy during the Civil War. Though this is a spectacular story, it’s not strictly true. Mongkut did offer an American president elephants as working animals, but it was Lincoln’s predecessor, James Buchanan. Unfortunately due to the long time it took correspondence to travel such great distances at that time, Buchanan was already out of office by the time the letter arrived. Lincoln politely declined the offer, apparently not fancying himself a New World Hannibal.

Title quote: Bhumibol Adulyadej, King Rama IX, the current king, in an address to the US Congress in 1960