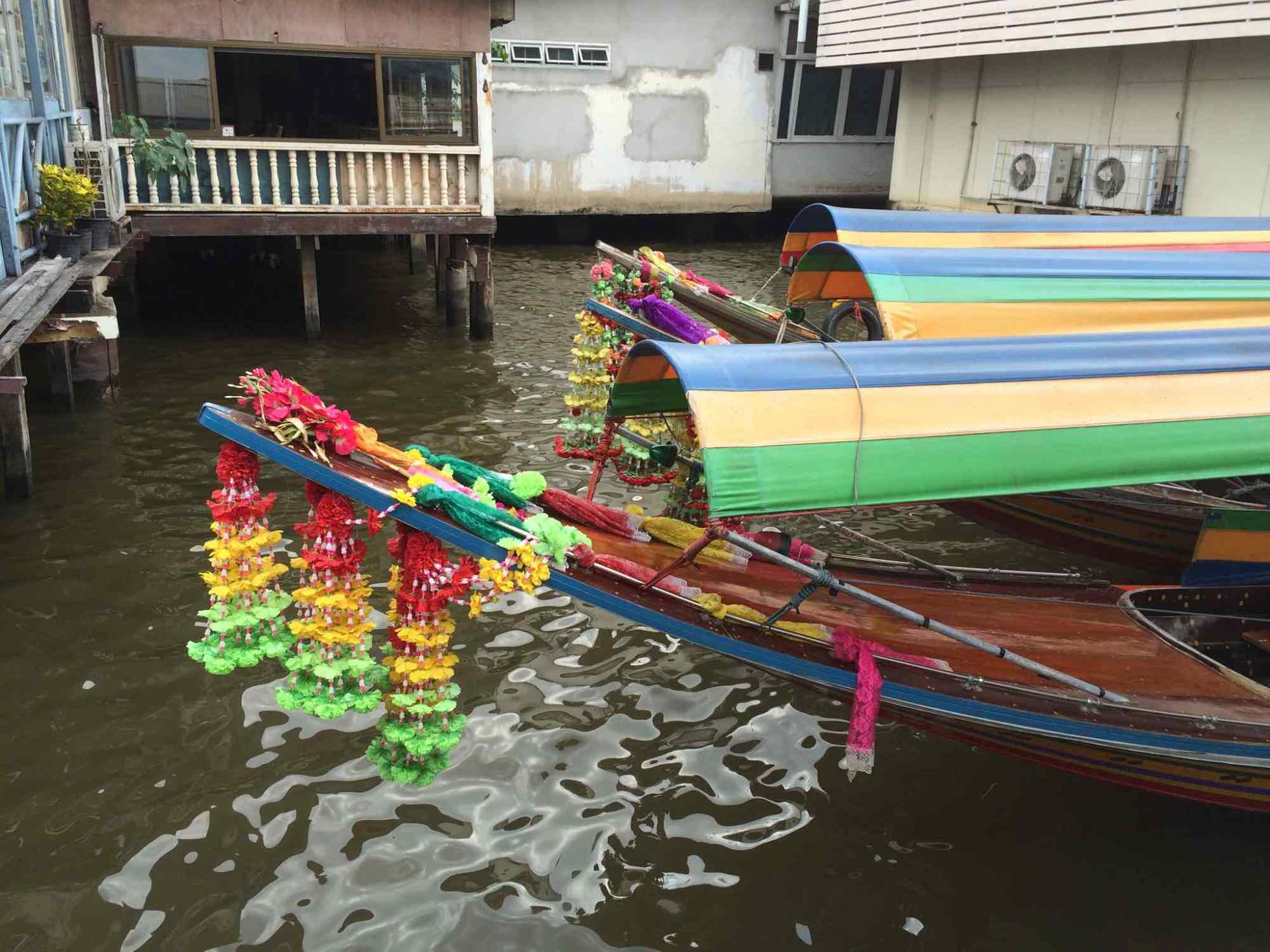 I moved the posts about Cambodia up in the rotation for reasons, but I actually had a couple weeks in Thailand before venturing over the border. Bangkok is a bustling, crowded, colorful city and home to 6 million people. It’s also the capital of Thailand. The city is full of skyscrapers next to old temples, massive shopping malls next to crowded markets, expensive condo high-rises next to poor housing. Tradition is important in Thailand, as is Buddhism. Between 93-95% of Thais are Buddhist, and the religion impacts every aspect of public and private life. Thailand was never colonized, the only country in Southeast Asia with this record, which is a matter of great pride. Bangkok represents a dizzying array of sensory input that I needed a little time to process while diving back into classes immediately upon my arrival here.

ST arrived after I’d been in Thailand about a week. Our first adventure was to take a long-tail boat down the Chao Phraya River to the Grand Palace and Wat Pho. The long-tail boats’ motors zip them up and down this river of kings, mostly carrying tourists. Branching off the Chao Phraya River are a series of khlongs or canals that bisect the oldest neighborhoods in the city. The river then meanders out of Bangkok to Ayuttaya, the original capital of the Kingdom until the Burmese invasion of 1767. We didn’t follow the river that far that day but got off at the Grand Palace within Bangkok to see the palace and the temple of the Emerald Buddha. Tomorrow’s post will recount our experience at the temple complex.