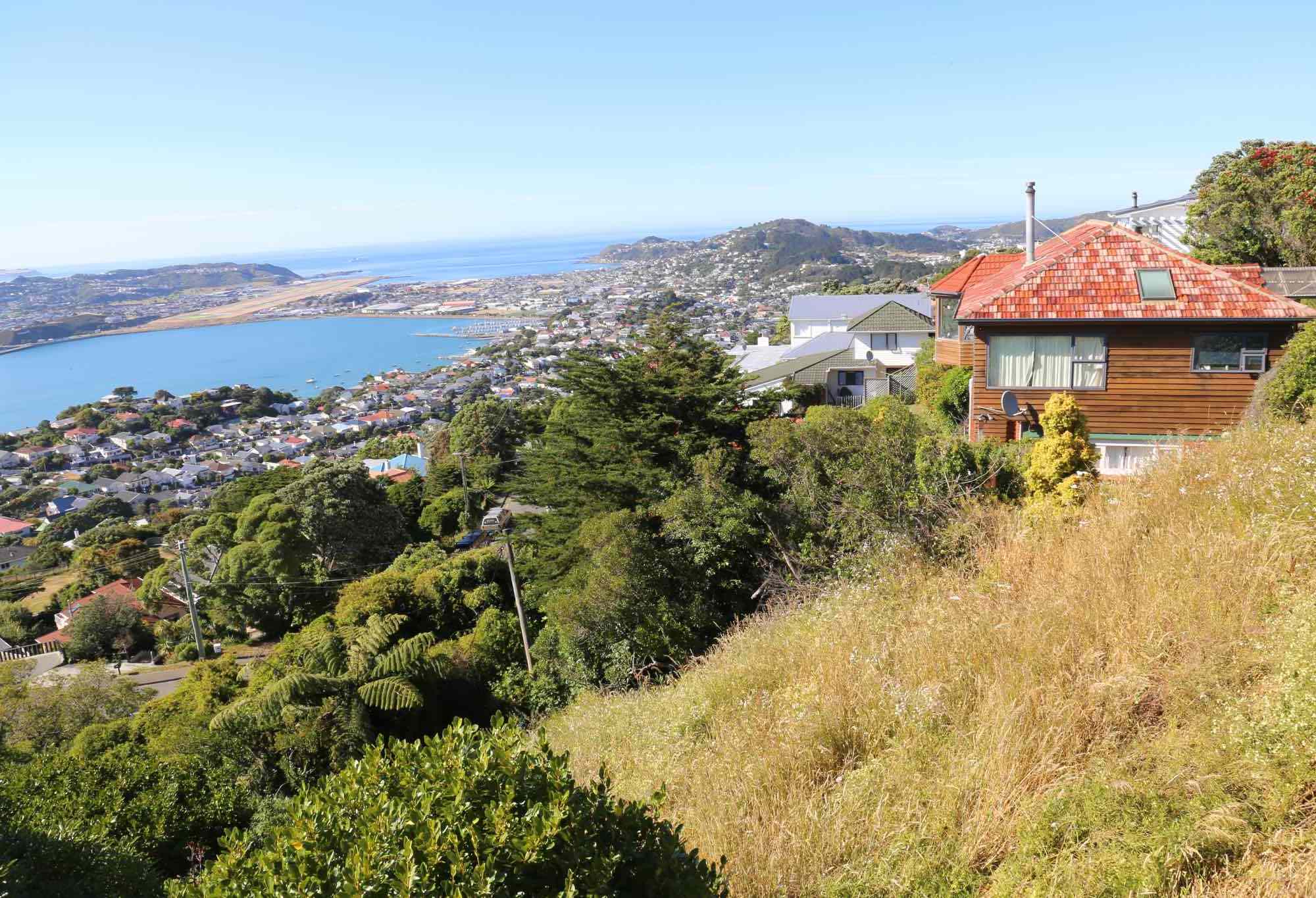 Our final stop on the North Island was Wellington, the capital of New Zealand. It’s the southern-most capital city in the world. It has also become famous for its movie-making industry, not just with Lord of the Rings, but King Kong, District 9, Avatar, the Narnia movies, the new Planet of the Apes movies, a lot of the special effects work for the Marvel movies and various other New Zealand pictures. In what could be either good news or bad news for New Zealanders, James Cameron has also taken up residence in Wellington as he films the next 28 sequels to Avatar.

Wellington is known as Windy Wellington. The city sits at the mouth of the Cook Strait, which leads to gale-force winds whipping through the city on a regular basis.

Wellington is wrapped around Wellington Harbour and spreads onto the slopes of Mt. Victoria, a hill that rises 643 feet above the city. You can get the best views in every direction from the viewpoint at the top of Mt. Victoria. Most of the photos in this post were taken there.

Wellington has lots of cool neighbourhoods and a generally cool vibe. It was lucky for us that we got to spend New Years Eve here hours and hours before the rest of the world. We went to a Fluoro Party (Neon Party) at a local club – we all wore white and used highlighters and other neon accessories to mix it up. It was a fun way to ring in 2016.

Title quote: Lauris Dorothy Edmond on Wellington, From ‘The Active Voice’ in Scenes from a Small City