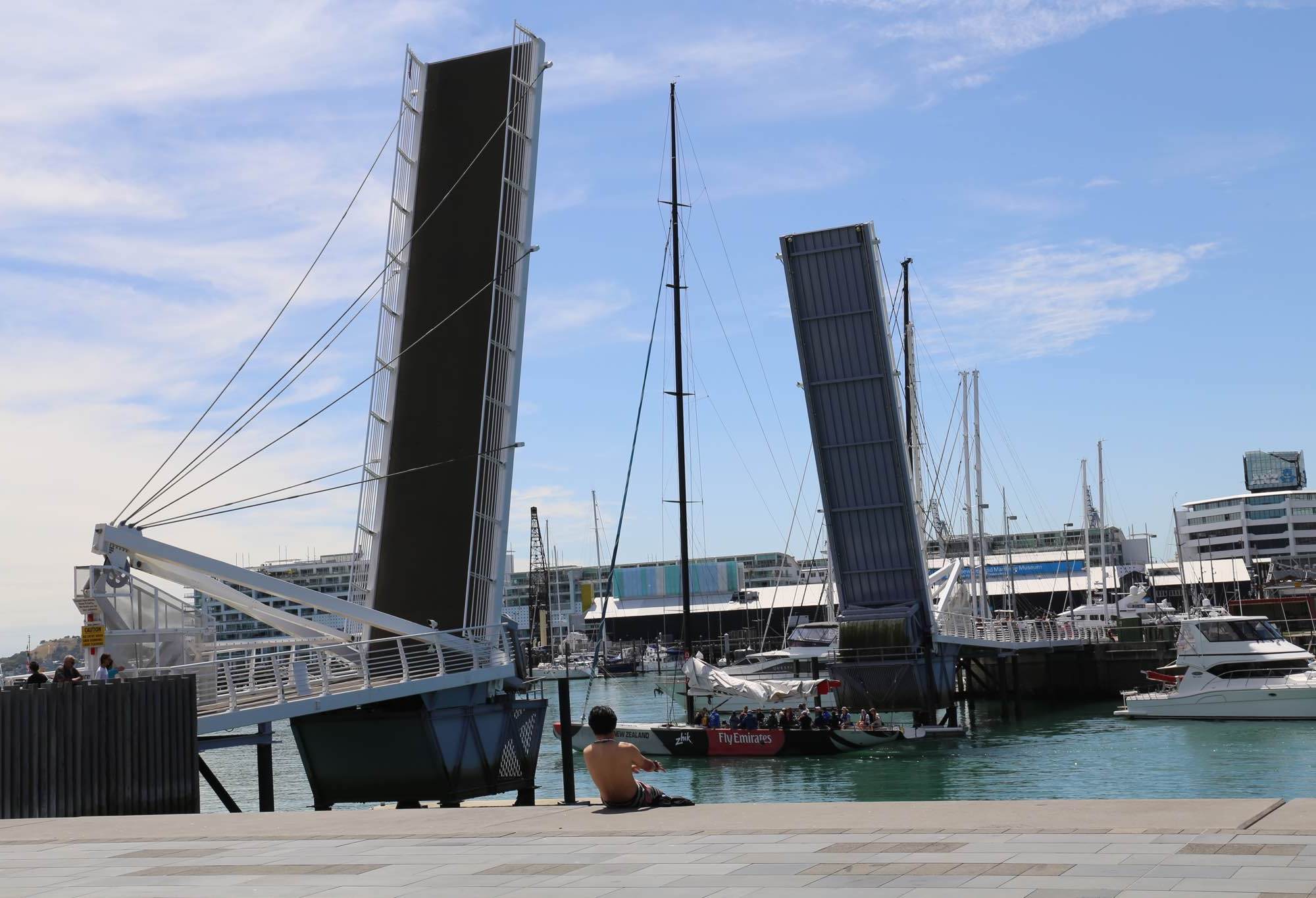 I flew in from Sydney on an Air New Zealand flight. They limit cabin baggage to 7kg each piece, so I got to do the bag shuffle in the check-in line – moving things among my roll-aboard I check, my backpack and purse to get to the right kg point for each. I was well within the 20kg limits for checked bags, so it all worked out. The safety video on the flight was not the hobbits I was expecting but famous surfers from around the world who demonstrated how to use the various safety features and equipment, all on beaches.

After passport control, you go through the bio security check. Since New Zealand is essentially a closed ecosystem, it’s important that no foreign organisms smaller than people enter the country, so each visitor has to declare any food, plant matter, camping equipment or other items in several other categories. The inspectors then determine whether you can take it with you into the country. My sandwich did not pass, but the caramel bar they gave us on the plane was A-ok.

I took a shared shuttle into the city and checked into my hotel, which is also a brewery. The lady behind the bar checked me in – it was about 1 am by this point – and asked if it was my first time to New Zealand, to which I replied yes. One of the guys sitting at the bar said, “this place is dangerous.” Having safely spent two days in Australia during which nothing tried to kill me, I was curious what he meant and asked, “how so?”

“It’s dangerous because you never want to leave,” he replied. Too true, random stranger at the bar, too true.

The next day was a free one for me before meeting up with my tour mates, so I walked down to the harbour and enjoyed the cool vibe on the waterfront, as you can see from these pictures. It makes sense that Auckland is also called the “City of Sails.”

I walked over a bridge only to realize 45 minutes later that it’s a retractable ship bridge, dividing to let ships pass. Unfortunately this meant waiting for it to resume its original position as a human bridge before I could pass back to the rest of Auckland.

Check back tomorrow for views of the Auckland Domain, the huge park in the middle of the city.

Title quote: J.R.R. Tolkien as Gandalf, The Fellowship of the Ring