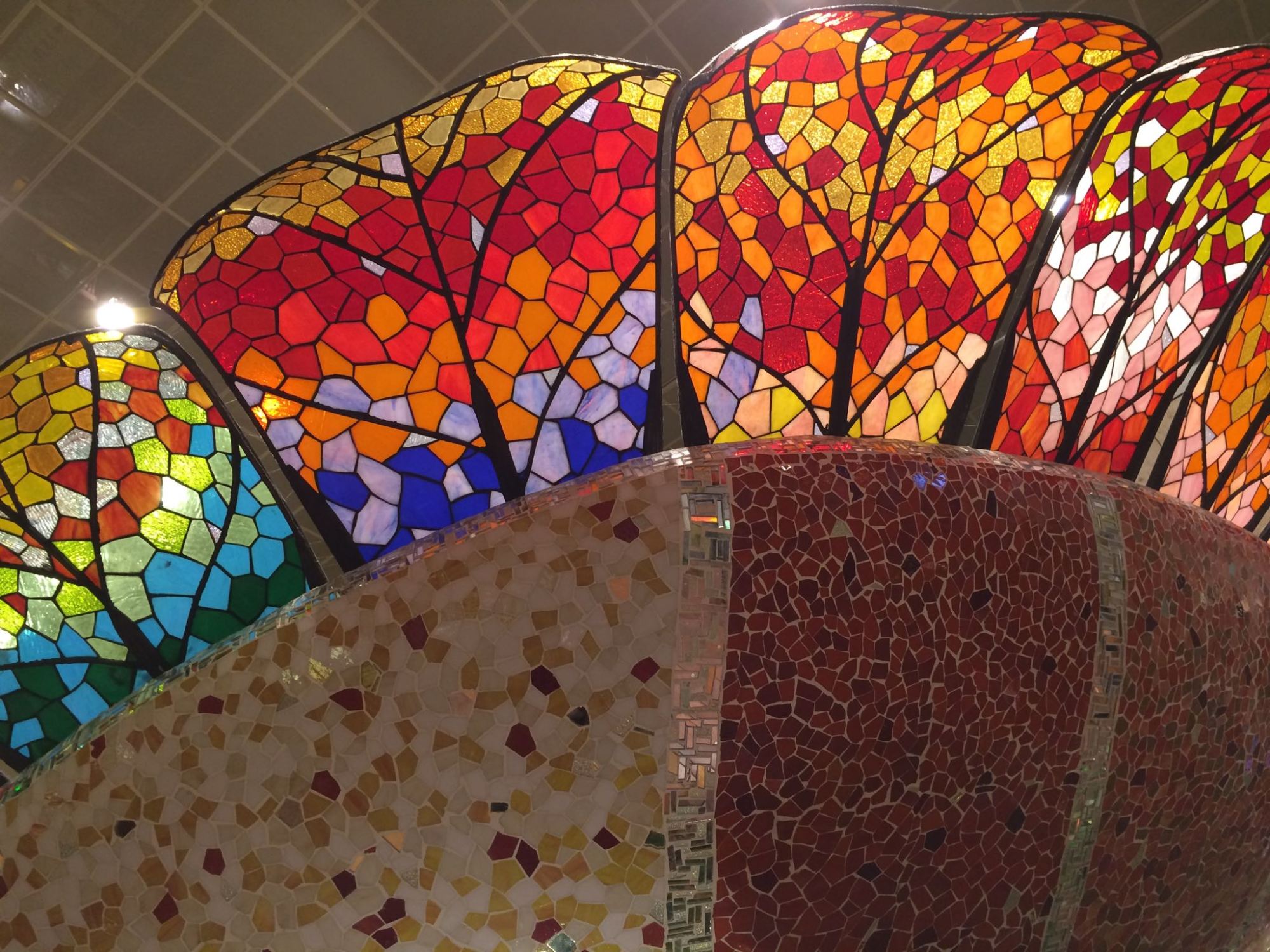 After finishing up in Vienna, I embarked on my 3-week holiday break, which will be primarily spent in New Zealand. My next school stop is Bangkok, so this made a great deal of sense to me last summer when I was making these plans. It turns out getting to New Zealand takes a while, so I broke up that trip into a long layover in Singapore and a couple of days in Sydney, Australia. On this particular routing, I flew four different airlines (Austrian Air, Swiss Air, Scoot, and Air New Zealand), encountered five different currencies (Euro, Swiss franc, Singapore dollar, Australian dollar and the New Zealand dollar), five airports and lots of different airline and customs rules.

As you’ve no doubt surmised, I first flew from a misty and cold Vienna to an even mistier and colder Zurich, Switzerland. I had a 70-minute connection here, which turned out to be plenty of time. They had not been able to check me into my Swiss Air flight in Vienna, so I had to go to the Transfer desk and have them do it. The lady handed me a “standby” ticket though I was completely confirmed on the flight and was skeptical about my getting a window seat. Turns out I got the last window seat of the whole plane, but this meant I could recline my seat at my leisure on the 13-hour flight to Singapore, so that was fine with me. The flight was pretty uneventful – I watched a couple of movies and slept for roughly 8 hours, arriving in Singapore the following night.

Singapore’s Changi airport is frequently rated highly on the Best Airports in the World lists, and I understand why. Maybe someday it will be the inspiration for someone to say, “pretty as an airport.” It feels less like you’re at an airport and more like you’re in an upscale mall. There are two movie theatres showing free movies, several gardens, a transit hotel that allows you to swim without a room reservation, and countless restaurants, shops and other attractions. Singapore Airlines also runs a free city tour that takes guests with a 5-hour or longer layover into the city. Unfortunately I missed the tour, and the only other options would not have gotten me back in time for my flight, so I resigned myself to spending time in the airport. It turns out that was no hardship.

It also turns out that by the time I’d checked into my flight (earlier than 3 hours before takeoff – a $5 charge), I really only had about 3.5 hours left in my layover. I had waited in the early checkout line for about an hour only to get to the front of the line and discover the guy only took Singapore dollars, no cards to pay my $5 early checkin fee. I was flying Scoot, which is a lot like the Singapore version of Ryanair: not a lot of frills, but cheap flights. Anyway, I had to go to a different level, find an ATM and return to the even longer line. I was not a happy camper but held it together, and sure enough, the guy waved me up to the front of the line as soon as he realized I was there. So there was no real harm done, and it’s not like I didn’t have the time.

I was able to wander around terminals 2 & 3 and see quite a few of the airport attractions and get some excellent dinner: roast chicken and char sui, Hong Kong roast pork. I also sat n the Oasis area for a while – it’s a lovely little garden inside one of the concourses and has a restful ambiance. On the whole, by the time I boarded my 7-hour flight to Sydney, I was in pretty good shape.