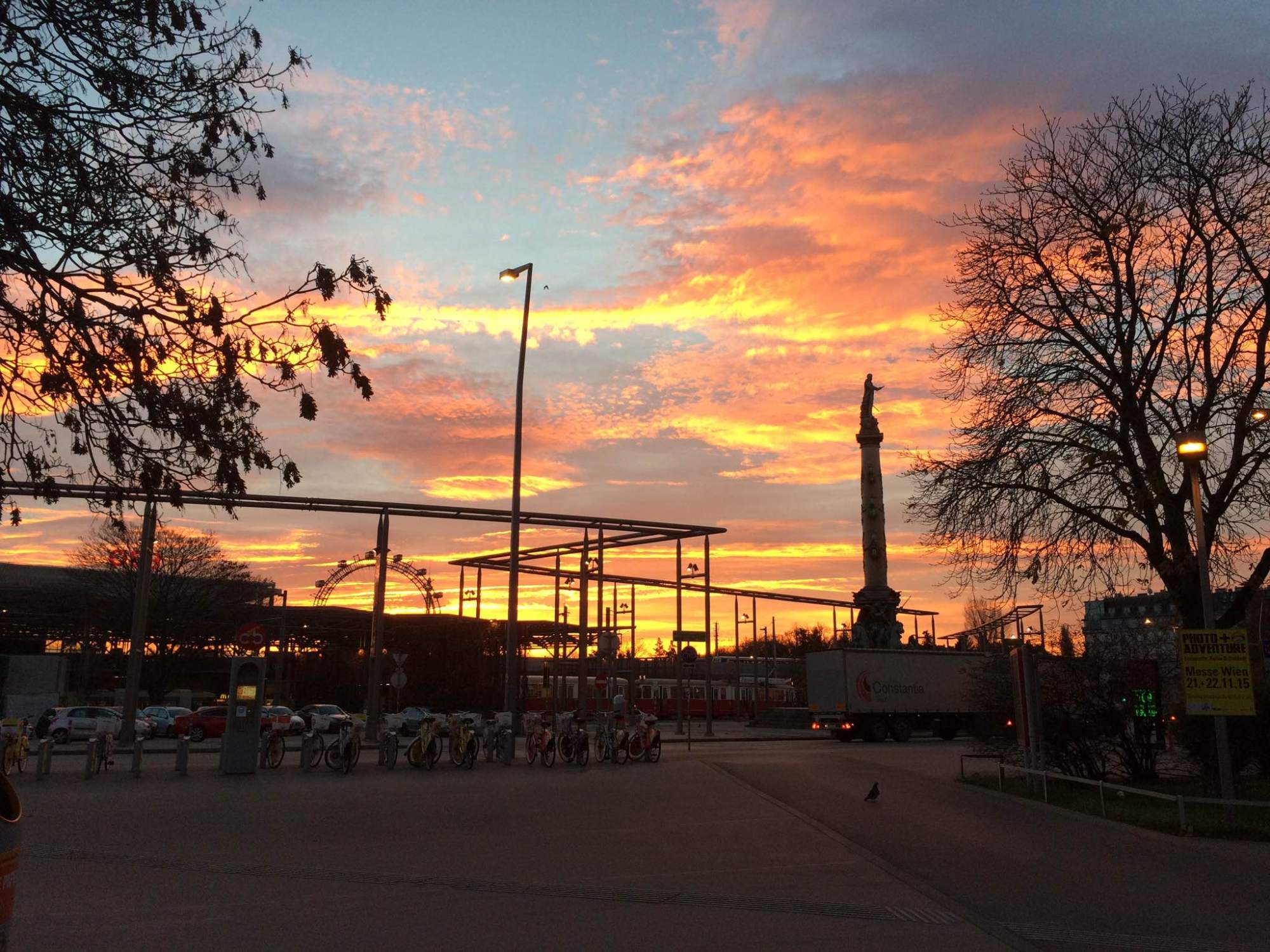 Funny story. It doesn’t have much to do with Freud, but Freud is from Vienna. And the pictures are Vienna. Though I will be honest with myself on at least this: living someplace where you don’t speak the language is harder than I anticipated. Many people in Vienna speak English, and I’ve picked up enough German to do basic transactions. But occasionally not knowing the language has made things harder.

For example, when we arrived in Vienna, we had to register with the police as foreign students under Austrian law. We filled out our forms and set off to the police station, passports in hand. We arrived at the large building to discover an empty front desk off to one side, so we went exploring. Evidently this building is not the police station but another administrative center of some kind. But it was the address we were given. We peeked into rooms where rows of people sat waiting, most of whom gave us dirty looks as we poked our heads into the doorways.

After checking a couple of floors in this way, we finally found a cleaning lady and asked her where to go – the only municipal employee we had encountered so far. She spoke only German. We spoke only English. But she was very well-meaning, and as we were pantomiming a conversation together, a man and his teenage son walked by. The man spoke German, but his son had a little English. So we showed them our forms and asked where to go. They didn’t know, but they translated for the cleaning lady who told us to go to the first floor. When we got to the first floor room she indicated, there was a sign on the door that said the office had moved to a different floor. Meanwhile, MD had gone back to the front desk and been yelled at in German without receiving any new information to our puzzle. Realizing we had to be on campus shortly, having expended our allotted time searching, we gave up and headed to campus.

Once on campus, we mentioned our adventures to the advisor. He asked the housing director to accompany us a few days later. It turns out one of the rooms with cranky-looking people was the right one – not the one to which we were directed by the helpful chorus line of people earlier in the week. And there was a kiosk where you get a ticket, but even if we’d found this room, we would not have been able to navigate the interface on the kiosk. So it’s a good thing TS came with us.

We got our tickets and waited to be called. The room was filled with mothers of very young babies – we presume they were registering their infants after home births or maybe the Austrian hospitals don’t do that. It was fun to see the babies though as this was the only entertainment in this Vienna version of the DMV. Each of us trudged into our assigned room when appropriate, handed over our form and passport; a woman filled out something on her computer and handed back our passports and a different form with an official stamp. And that was it. Danke schön. Bitte schön. Auf Wiedersehen.

Update: MD and I went back to the police station to deregister, and there were new signs everywhere, and there was a lady in the room helping people navigate the kiosk. It took fewer than 7 minutes to finish the whole process on the way out. So there’s that.

One thought on ““Being entirely honest with oneself is a good exercise.””