After Munich, AN and I took a bus to Prague. I visited Prague for the first time in 2010 and was excited to go back. I find it hard to describe Prague adequately – it’s a city steeped in history and atmosphere, where the light is just a little bit more golden than other places. Of course it rained for most of the time we were there, but that didn’t stop us from seeing as much as possible of the famous city.

One of our first stops was the Astronomical Clock in the Old Town Square since you haven’t been to Prague unless you’ve heard and seen it chime. The clock was installed in the Old Town Hall in 1410, making it the oldest working astronomical clock in the world. When the hour strikes, the 12 apostles parade through the doors above the clock. The four figures to either side of the clock (Vanity, Greed, Death and Lust) also participate in the hourly ritual. 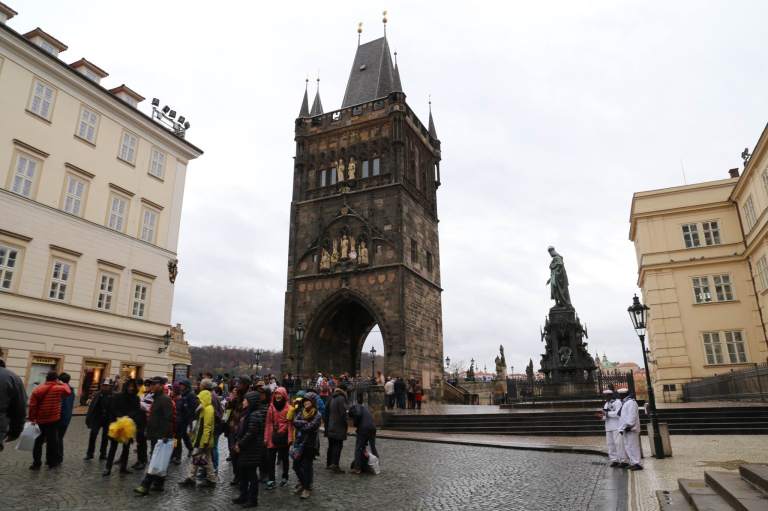 From the Old Town Square, we made our way over the Vltava River via the Charles Bridge with its elaborate statues and archways, completed in the 15th century.

Check back tomorrow for more of our adventures in Prague in the Hradcany district.