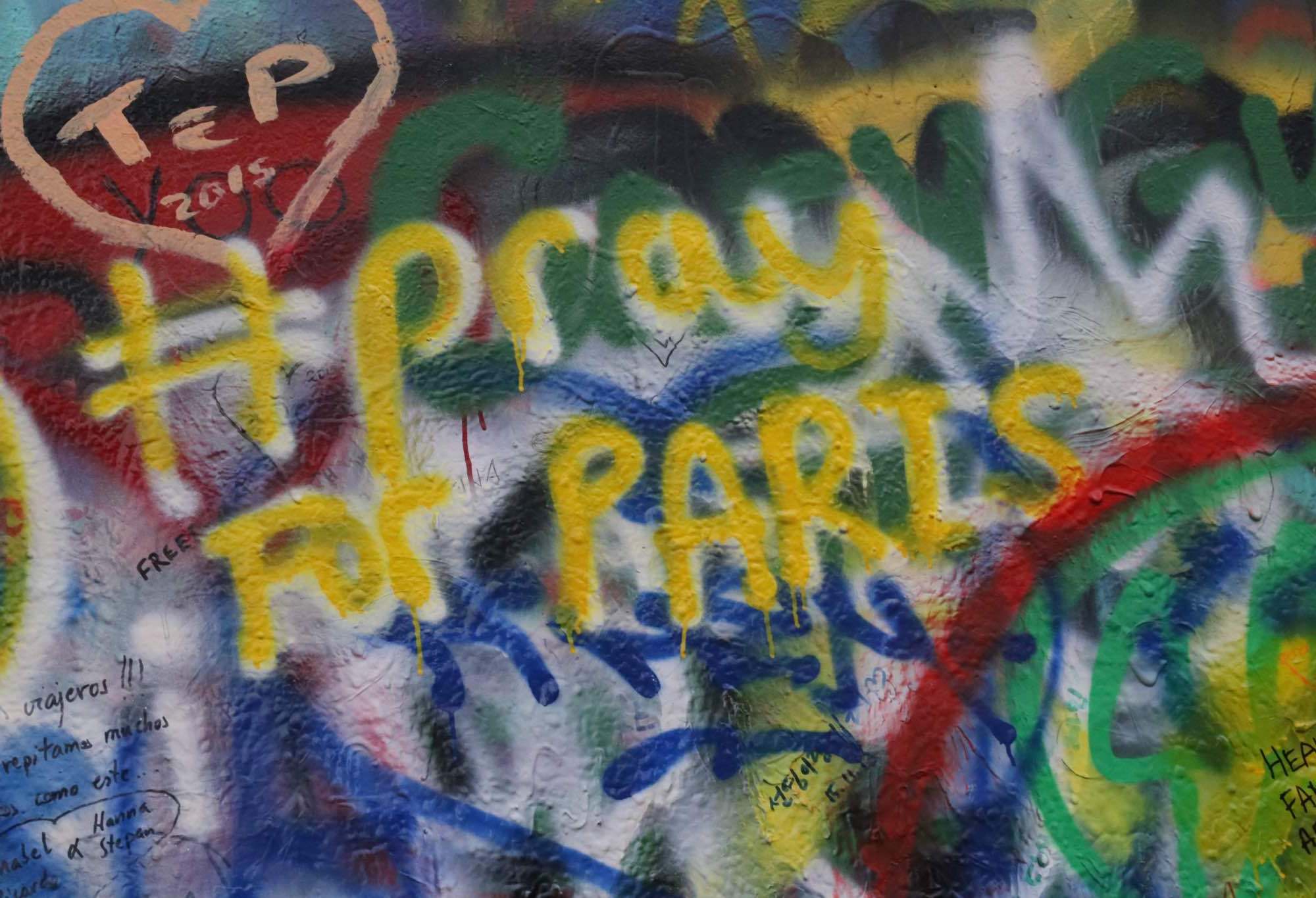 I had planned to post something else here today. After the weekend’s events in Paris, it didn’t seem right not to comment in some way. I’m horrified at the arbitrary acts of terror perpetrated against the French people. These actions seem arbitrary, but they’re not. They were intended to strike terror into every person’s everyday life. Going to a restaurant or a concert or a football game should be safe. I’m heartbroken for the people who found the opposite to be true on Friday night and for their families.
I’m heartbroken for the Muslim men and women all over the world who had nothing to do with these acts of terror but who now are afraid they will be blamed. I’m heartbroken for the people who will blame them without trying to understand the difference. I’m heartbroken for the men and women who died in Beirut and Baghdad last week and that their stories and their lives were not covered by the press in the US, beyond a brief mention, quickly tuned out.
I’m heartbroken that thousands of men and women have had their entire lives turned upside down by the conflicts in the Middle East and feel that paying a human trafficker to get them and their families out of a war zone is their only option, and I’m even more heartbroken that there are so few places they can go to be safe. I fear what comes next for the refugees after these events as EU countries balance compassion with security. I remember the feeling after the attacks on 11 Sept. 2001 that nothing would feel safe again, that we could be hit anywhere, anytime. I offer condolences and heartfelt sympathy to the people of France as they work through the grief and fear from these events.

My brother is visiting from the States this week. He and I looked into going to that game so he could see a European football match. We decided on a different game in the end, but we could easily have been there. The whole thing gives me chills.

Earlier this year, I spent some time in Normandy. I stood on the beach where my granddaddy came ashore with other servicemen from other Allied nations to liberate France. I saw the American flags and French flags still flying together all over Normandy, 70 years later. And on my way back to Paris, I fell off a train. I got light-headed, lost my balance, and went tumbling straight off. It was a crowded platform, and everyone was on their way to work. But several young men stopped and picked me right up, and a kind woman handed me something that I’d dropped. She smiled. I smiled, albeit sheepishly. I’ve thought a lot about that moment over the last couple days. I hope she is safe. I hope her family is safe.
Title quote: National motto of France (and Haiti)