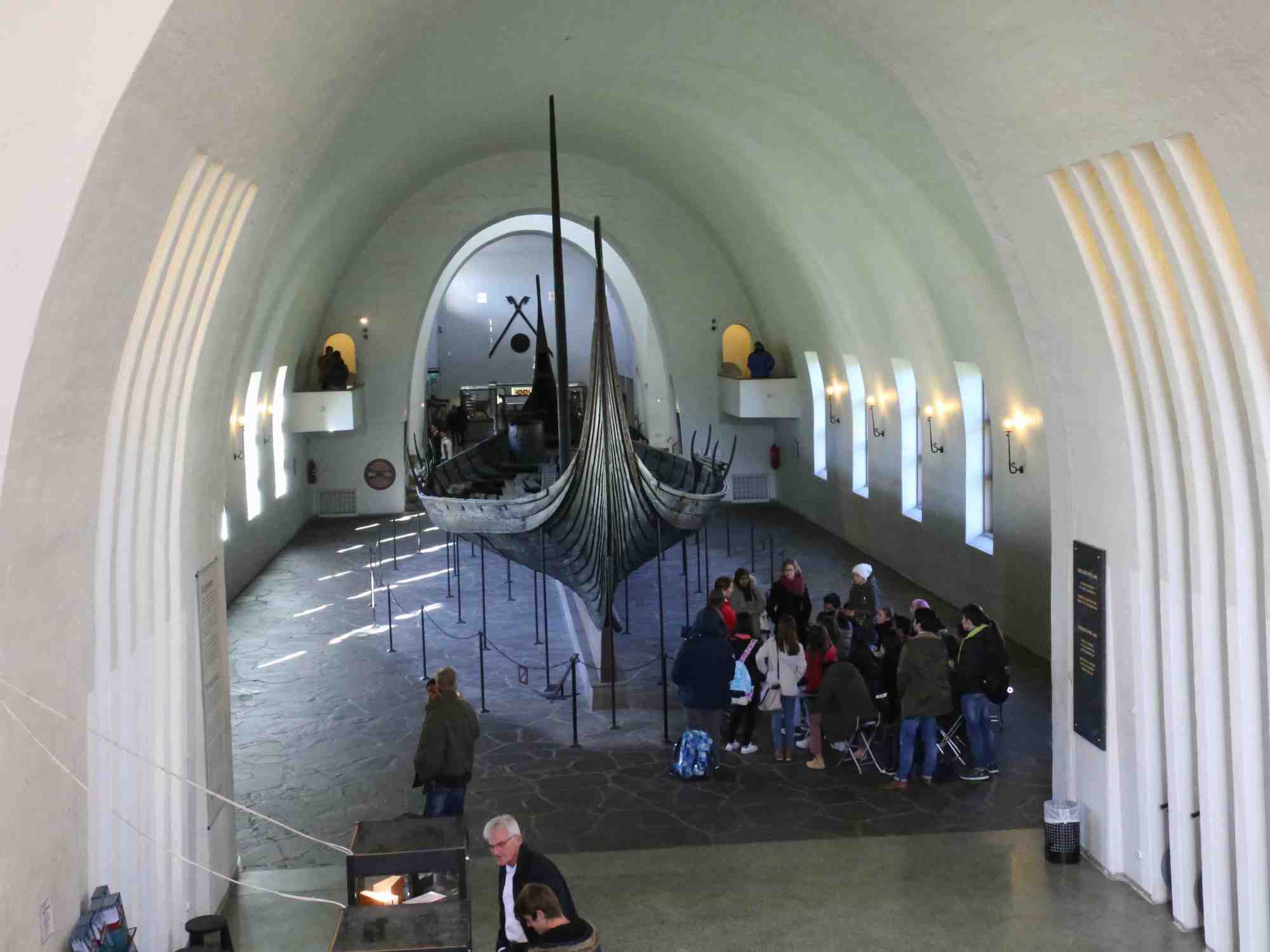 One of the highlights of my trip to Oslo was a visit to the Viking Ship Museum. I like the literalness of this museum – it’s a collection of three Viking ships and the stuff they found inside. The two big ships were finally used as burial ships and discovered on farms in Norway in the late 19th, early 20th centuries. The Oseburg ship was the final resting place of two powerful women who died the 9th century, and the Gokstad ship was the burial vessel for one powerful man in the 10th century. The third ship is really a ruin.

The stuff they found inside each of the big ships were burial artifacts that the dead were to take with them into the afterlife. They tell us quite a bit about what was important to the Vikings. Both burial sites were looted about 100 years after their burials, so all of the gold and silver is gone. But the sledges, tools and other artifacts remain.

The third boat was found in Tune in 1867 and was the first Viking ship excavated in modern times. It also served as a burial ship.