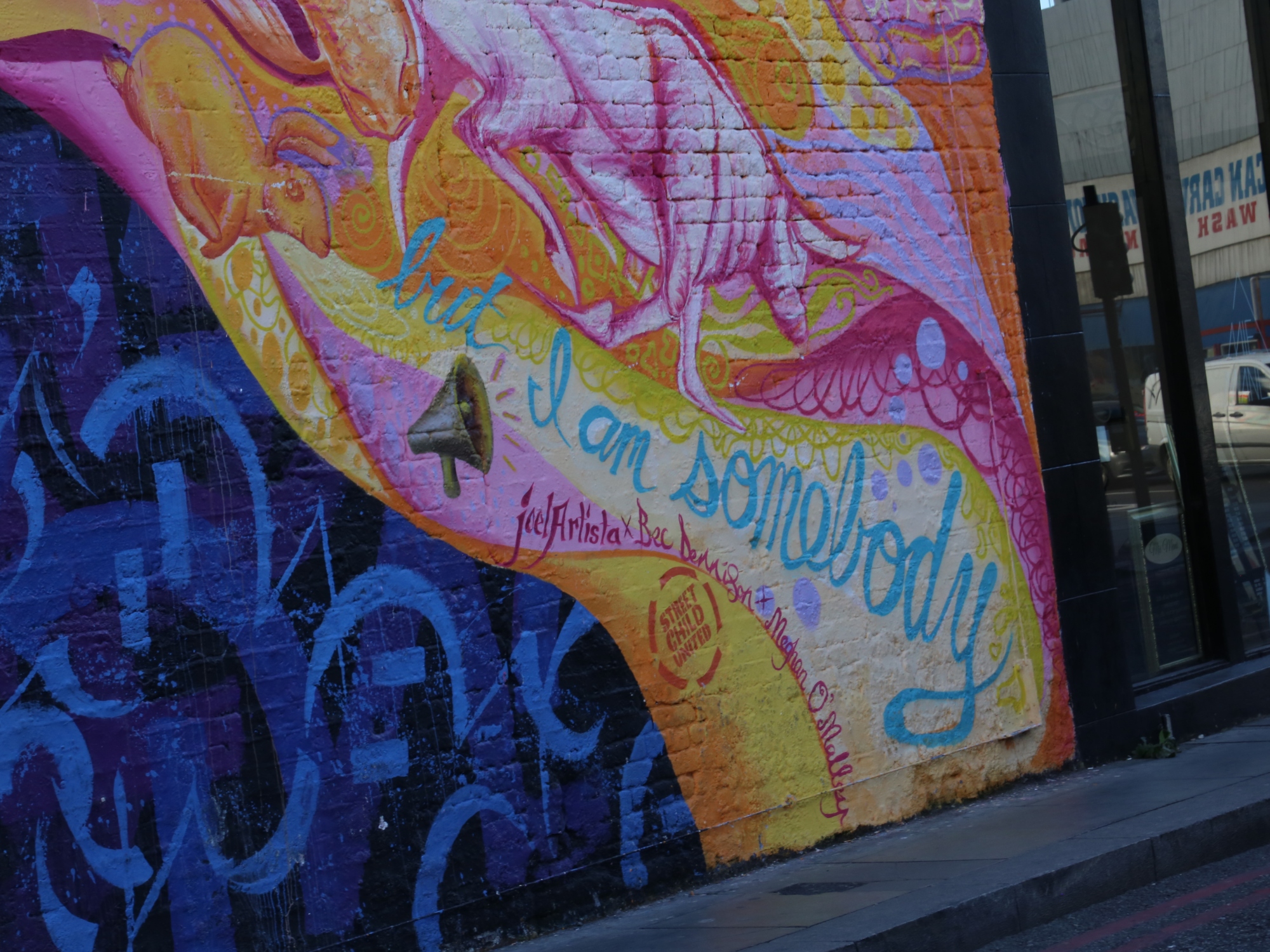 Last week I spent a few hours in London’s East End with MD, NW, TN, a tour guide from Alternative London and 15 new friends, looking at street art. The pieces come in all shapes and sizes and a variety of vibrant colors. The changeability of the form – someone could paint over your work any day – gives it immediacy and energy.

Some are illegal, constituting criminal destruction while others are commissioned or invited murals sanctioned by the owners. Some of the artists are famous; others are just getting their start. The work is inherently subversive, born of a need to create and put one’s creation where someone tells you it’s not allowed. Even the legal pieces grow out of that spirit. We saw one artist at work, building his fishing-lure mural, a clear analogy for the things that catch us in society. We also visited the Nomadic Community Gardens where artists can make their art in the shadow of the Overground trains, at least until the development company is ready to put up high-rise apartments on that ground.

Speaking of high-rise apartments, the East End in general is full of contrasts. It’s the third poorest of the London boroughs, but we passed beautiful brick homes off Brick Lane that go for £6-14 million. In the early 90s, you couldn’t give those houses away, but now here we are, the consequences of fashionability. Since before the Industrial Revolution, the East End has been home to many immigrant communities: first the French Huguenots, then the Irish weavers, next Jews fleeing Eastern Europe and most recently Bangladeshis. As companies continue to come in and develop more expensive housing, it does make you wonder where a lot of the people who already live here are going to go or how they would afford to live. And secondarily, will more expensive buildings allow the street art that defines this area in a lot of ways to continue?