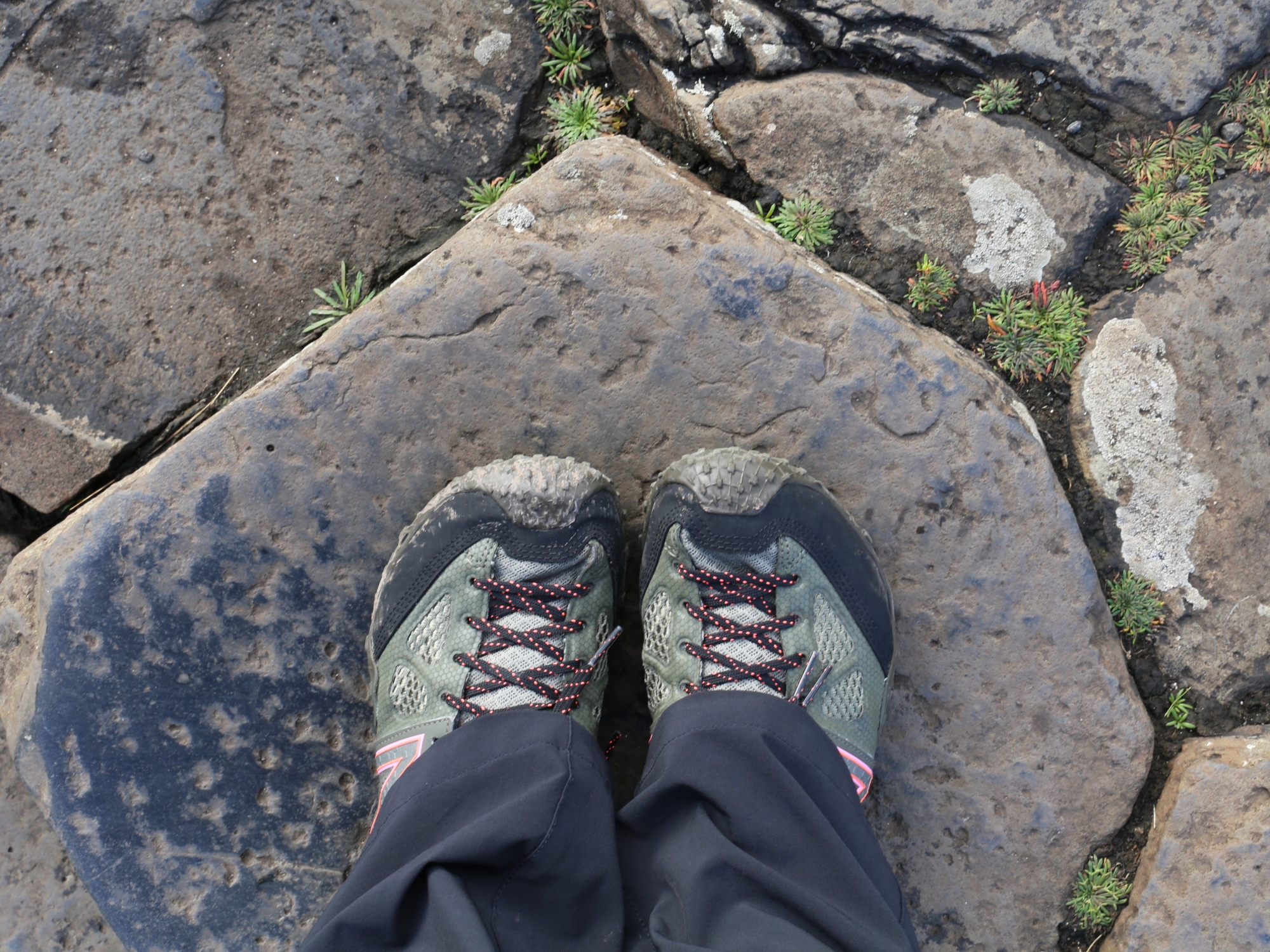 A long time ago, there was a giant named Finn MacCool. He was an Irishman and liked to make trouble. One day, he decided to build a pathway over to Scotland, and stacked up hexagons of stone into the sea to forge this path. Unfortunately this gained the attention of a much larger giant, the Scotsman Benandonner, who didn’t like Finn MacCool’s intrusion. Or Finn threw rocks at him and called him names to challenge him to fight. Versions differ.

Anyway, Benandonner chased Finn across the pathway into Ireland, so Finn ran home and asked his wife Oona for help. He explained that Benandonner was harassing him, through no fault of Finn’s own, and would she be willing to hide him. Oona rolled her eyes, sighed, and agreed. She dressed Finn as a baby and told him to get into the crib. Then she baked up a batch of scones but added stones to the batter. As the scones were baking, Benandonner pounded on the door and yelled in at Finn. Oona calmly welcomed Benandonner into her home and offered him tea and scones. She said Finn had gone out and would be back soon.

Benandonner sat down and started drinking the tea and eating the scones but quickly realized they were full of stones. After breaking a couple teeth, he thought to eat no more, but then Oona mentioned they were Finn’s favorite food. So Benandonner though, “If Finn can eat these, so can I.” After all of his teeth were pulverized from the scones, Benandonner heard a noise from down the hall. He jumped up and ran into the baby’s room and saw the most comically huge baby he’d ever seen. Oona, having followed him into the room, introduced him to Finn’s son, who cooed and bit off Benandonner’s finger. Benandonner, seeing the comically large baby, thought to himself, “If this is the size of the baby, I don’t want to see the man.” He thanked Oona for her hospitality, mumbling from his missing teeth and clutching his finger stump, and ran back off to Scotland, destroying the pathway as he went so Finn couldn’t follow him.

What’s left of that pathway is now called The Giant’s Causeway in Northern Ireland. Or maybe it was created by tectonic plates moving around, forcing lava up into the spaces between… if you want to get all science-y about it. You decide.