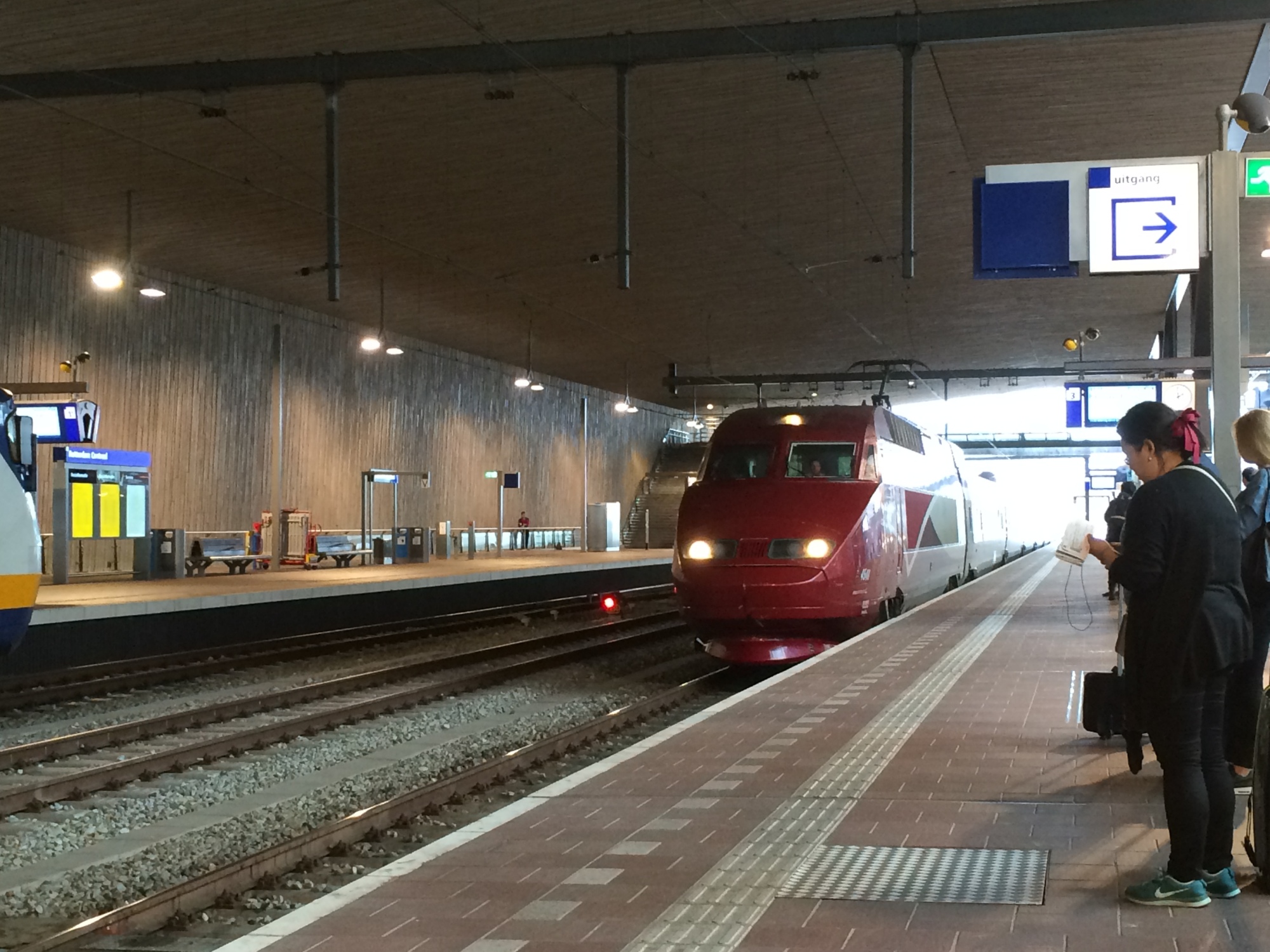 To be honest, my train experience in Europe was limited before this trip.  Apparently I felt the need to make up for this with last Monday’s four-train extravaganza from the Netherlands across Belgium and into France.

I left a very rainy Leiden a bit earlier than expected after one more exploratory jaunt around town and headed straight to Rotterdam on the Intercity train.

This train took me through The Hague and lots of beautiful Dutch countryside.  I then had about an hour in Rotterdam to look around, but it was still raining, so I hung out in the train station for the whole layover (aside: is a wait between trains still called a “layover?” Discuss). Train stations are great for people watching.

Then I hopped on a Thalys train for the couple hours to Paris Nord station.
This Paris station is so named because it services all points north, not because of its relative location in the city. It’s a beautiful old train station and one of the biggest in Europe and likely the world.
From here I had to transfer to a different Paris train station – St. Lazare – and so took the RER train (suburban subway) to St. Lazare. It’s on the Magenta or E line. If your city is using Magenta as one of the colors for its metro map, you’ve run out of all the primary and secondary colors and resorted to obscure tertiaries. That’s not a good sign for simplicity. But all the same, this was an easy (and cheap!) transfer, albeit insanely crowded. The signage was good, but it seemed like I went seventeen stories underground to finally get to this train.  When we arrived at St. Lazare station, I exited the train, surprised to have arrived so quickly.
Finally from St. Lazare station, I hopped on the Intercities train to Bayeux in Normandy after about an hour’s wait. I sat with a little old French lady on this train who was met at the station in Bayeux by her son (or much younger lover, who knows). She spoke no English, and I have no French, so it wasn’t a chatty ride, but we sat in companionable silence for the 2.5-hour journey.
The Bayeux train station is exactly as I pictured a French country station, and I walked from there the kilometer to my hotel amid beautiful views of the Bayeux cathedral as the sun was starting to set.

It was a long but rather satisfying travel day. Most of the guidebooks recommend renting a car to go into Normandy, and that seems reasonable if you are flying straight into one of the Paris airports and can collect your car directly.  However, the train system is doable and reasonable in my brief experience here.